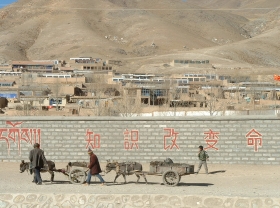 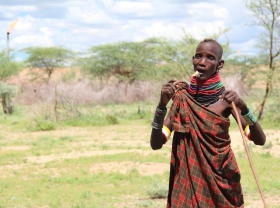 The most interesting question about this morality tale of American power efficiently eliminating vermin is whether it should be seen merely as a feel-good pot boiler or whether its uncompromising resistance to depth betrays a wider anxiety about the way the world is going.

Rwandans living or travelling in the West must, I imagine, hate encountering the casual question, “So where are you from?” The answer will surely evoke either polite confusion or else impertinent enquiry. Were you (or your parents) among the killers or the victims, the interlocutor is too likely to wonder, so notorious is the Rwanda genocide brand. And are you a Tutti or a Frutti, or whatever they’re called? If I were Rwandan I would definitely make a habit of claiming to originate from Burundi—a place so few people outside of Africa have heard of that you could be fairly sure of keeping the conversation on an innocuous keel.

Having this year happened to become a temporary resident of Rwanda, I felt the need to situate myself with a bit of reading. And it’s impossible to get away from the genocide as the defining publishing event. So here’s my response to five of the most readily available texts—one ‘novel,’ one memoir, one work of ‘reportage’, one of journalistic analysis, one of scholarship. I review these in the order I read them. Four were written by white North American men, so there was a clear risk that they might say more about North American men, and their way of seeing, than about Rwanda. That’s certainly the case with the first, which disturbed me most but taught me least.

Petroleum could make or break the East African community

This piece was published in The East African in April, 2012, at a time when I busy getting Oil in Uganda up and running. That project occupied me for a year, but it is doing okay by itself now so am I free to think about other things.

The announcement last week of a promising oil discovery in Kenya, combined with news that Tanzania’s offshore gas fields are proving even richer than at first thought, raises the prospect of an East African region transformed by hydrocarbon wealth.

Deafblindness shows rights activism must be tempered with realism

I offered this piece to The East African in early 2012. I wasn’t surprised that they turned it down. No-one likes to hear that equal rights have a price tag.

It was recently my privilege to do some consultancy work for SENSE International. This UK-based NGO is working in Kenya, Tanzania and Uganda with children and young people who are both deaf and blind.

This piece was published in The East African (Nairobi) February 6-11 2012. (Web version, missing a by-line, here.)

China’s gift to the African Union of a US$200 million headquarters in Addis Ababa symbolises not only the Asian giant’s increased engagement with Africa, but also the nature of that engagement.

Whilst the West has—since the end of the Cold War, at least—ostensibly striven to promote ‘sound macroeconomic management’ and ‘good governance,’ China’s style has simply been to do business with whoever is in power. Air-conditioned debating chambers for ruling elites are a logical sweetener.